Danielle Bernstein is just 27 years old, but she’s been running her own business for 10 years. First it was street-style photography, then came the launch of her popular fashion blog WeWoreWhat. Next she took to Instagram, a new social media platform that quickly became the most effective tool in a blogger’s toolkit. With new followers — today her account, @weworewhat, has 2.2 million — came opportunities to monetize her influence. She created and launched an overall brand and a swim collection, then came the book deal (“This is Not a Fashion Story: Taking Chances, Breaking Rules, and Being a Boss in the Big City” is expected out May 2020). Naturally, the next step in Bernstein’s evolution from blogger to businesswoman was a technology startup.

Her newest venture, Moe Assist, claims to be the first project management and payments tool for influencers. Last month, the product launched with $1.2 million in funding from Rebecca Minkoff and other unnamed investors. Creators and influencers like Bernstein are forging a path from content creator to full-fledged business, with multiple revenue streams via podcasts, licensing deals, branded merchandise and even software products.

“A company like Moe will help legitimize the industry,” Bernstein tells TechCrunch. “I feel this responsibility to my industry to put the best business practices I’ve learned along the way into a platform so I can help other influencers.”

We are in phase three of the influencer economy. Bain Capital Ventures’ Jamison Hill

Tech entrepreneurs, quick to pounce on any emerging economy, have also begun building services for creators and influencers from marketplaces that connect individuals with brands, financial solutions that help capitalize burgeoning influencer-led businesses, tailored monetization platforms and even a “LinkedIn for Influencers” intended to foster connections between influencers and brands.

“We are in phase three of the influencer economy,” Bain Capital Ventures senior principal Jamison Hill, who led the firm’s investment in the influencer shoutout marketplace Cameo, tells TechCrunch. “The first phase was the rise of the media platforms: YouTube, Instagram, etcetera, that allowed creatives to build audiences. The second phase was the emergence of influencer marketing, or connecting those influencers to brands to leverage their audiences … Now that influencer marketing has become an established part of the marketing playbook, we are in phase three: tools to help influencers further monetize their influence, like Cameo, and then manage their lives.”

While some businesses, like Cameo, have successfully raised venture financing, VCs have yet to fully tackle the influencer and creator economy. Founders and investors circling the space suspect a wave of Silicon Valley interest is coming, however, and that it will alter the category entirely.

“2020 will be a watershed year for investment in businesses around the creator economy,” Neil Robertson tells TechCrunch. Robertson is the founder of Influence, a networking tool for influencers that’s expected to announce its Series A financing in the coming weeks. “Influencers and creators are small businesses and if you think about all the things that small businesses need these days to succeed, they will be repurposed for the influencer marketing space.” 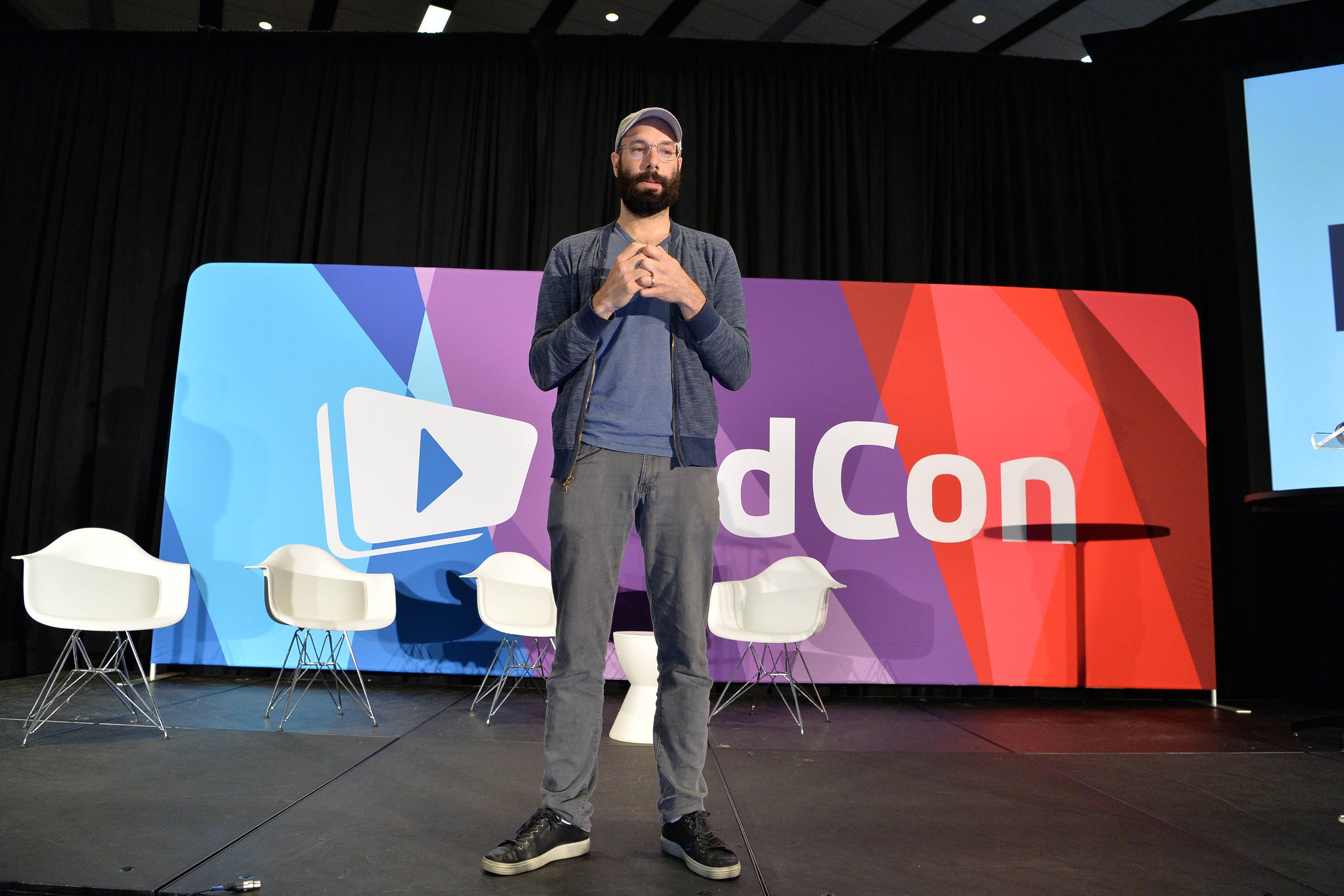 As venture capitalists wake up to the business opportunity, they’re seeding startups that help influencers go from hobbyists to professionals.

We know creators are legit businesses. Karat, a startup building a bank for creators

Karat, a startup expected to enter Y Combinator’s Winter 2020 batch, is building a “bank for creators,” with its debut product focused on lending to individuals through a revenue-share agreement. The company was co-founded by Eric Wei, a former product manager at Instagram who focused on the creator and influencer side of the business.

The startup has already secured a seed investment from Maveron and CRV, TechCrunch has learned, and will receive another $150,000 in exchange for 7% equity upon entering YC next year. The company plans to give creators and influencers more independence from existing platforms by allowing them access to funding from a team well-versed in their unique capital needs.

Banks won’t underwrite an individual based on qualifications like their Instagram following, of course, and given that influencers don’t typically have a consistent income or a W2 statement to showcase their earnings, they may not be able to receive a bank loan to invest in their own brand. Imagine receiving a loan based on the size of your TikTok or YouTube following? Karat and other new startups focused on monetization could accelerate an influencer’s path to entrepreneurship.

“People say we’re crazy, but we know creators are legit businesses,” Karat writes on its website — the company didn’t respond to a request to chat about what they’re working on. “And just like any other business, you need capital to grow faster, services to make you more money, tools to manage it all.”

Karat’s approach to treating individual digital content creators as future “unicorns” is not isolated. Podfund, for example, writes checks sized between $25,000 to $50,000 to emerging podcasters. The company asks for 7% to 15% of revenue for three to five years depending on current traction, revenue and projected growth. The CEO of Patreon, one of the first businesses to develop a tech solution for artists and creators seeking consistent income, recently announced Super Patron, a $50,000-per-year grant for creators, according to The Verge.

Influence, the “LinkedIn for influencers,” doesn’t directly invest in influencers or creators; rather, gives them a central meeting point to land gigs, learn about production, gain insights into brand deals and communicate with or befriend other influencers. Indeed, 175,000 people are using the platform, 30,000 of which are businesses, which pay between $229 and $600 in annual fees to reach influencers on the platform. Influencers, for their part, pay $48 per year for access to the company’s premium features.

“Think of the old days when a young woman got off the bus at Hollywood & Vine and said ‘where do I go to be a star?,’” Robertson, the chief executive officer of Influence, said. “That’s happening in the influencer marketing space, but there’s no answer to that question. People in the industry need a place to go and figure it out, to talk about it and learn about it.” 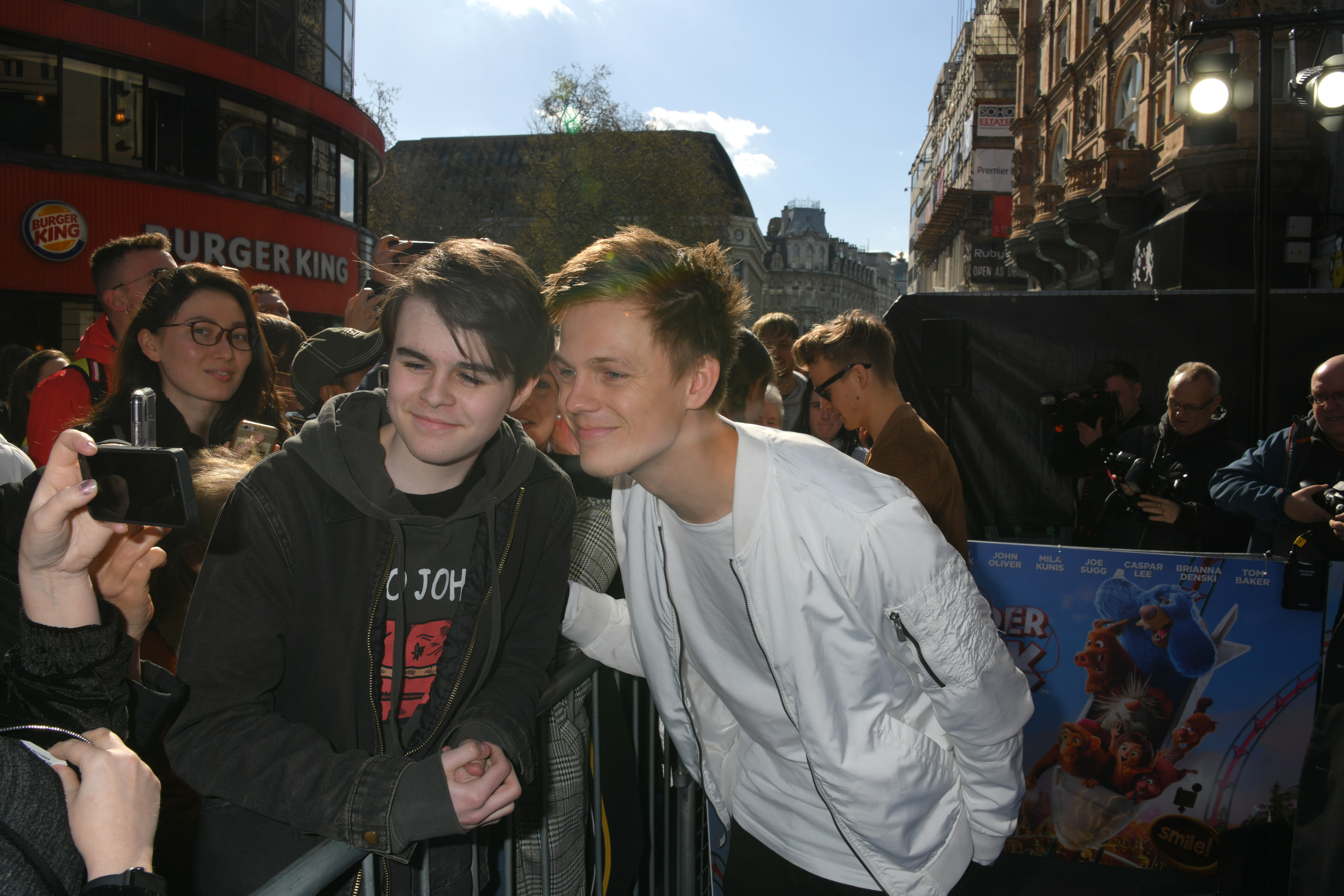 While angel investors like Rebecca Minkoff might be savvy to the business proposition of influencers, many investors have remained skeptical. Influence’s Robertson tells us venture capitalists were initially uncertain of his latest startup despite his track record, which includes the sale of multiple software businesses, including the affiliate marketing company VigLink.

“We had to explain that there was a very different way to create value in the marketing economy,” Robertson said. “We needed VCs to rethink how value could be created in the influencer marketing space.”

Everyone wants to become an influencer. Influencer CEO Ben Jeffries

The first businesses to crop up in the space were traditional two-sided marketplaces: influencers on one side, companies and brands on the other. Naturally, these were also the first business to get funded. Ben Jeffries launched his startup, Influencer, in London in 2014 after his close friend matched with Caspar Lee, a YouTuber with 7.3 million followers, on Tinder. Once Jeffries and Lee were introduced, the pair begin brainstorming what became Influencer, a marketing platform that helps brands and influencers build more meaningful relationships. The business has attracted about $4.5 million in funding to date, including a recent $3.6 million Series A led by Puma Private Equity, a U.K.-focused fund.

“There’s money coming into the industry and with this influx of money is more companies entering the market,” Influencer co-founder and CEO Jeffries tells TechCrunch. “Attached to that, brands are becoming much more savvy in how to run influencer campaigns.”

The company has used its new cash to open an office in New York City and expand its American clientele. Another company, Tribe, has similarly raised VC to grow its American footprint. The Australian startup, which connects brands to “micro-influencers,” or every-day people with more than 3,000 followers on Instagram, Twitter or Facebook, raised a $7.5 million Series A in March. But even these straightforward marketplaces had trouble explaining their market to investors.

“What we used to always say to investors was ‘I guarantee if you ask your kids about influencers, that will spark a conversation and help you understand the industry and how crazy it’s going to become,’ ” Jeffries said. “When I was younger, everyone wanted to become a famous sports star. Now, everyone wants to become an influencer.”

Los Angeles-based funds, in closer proximity to the entertainment industry, have been quicker to invest in the creator economy. In fact, new funds have launched there with expertise in the category. Next 10 Ventures, an LA-based $50 million venture capital fund founded by Benjamin Grubbs, YouTube’s former global director of top creator partnerships and Paul Condolora, the former co-head of the Harry Potter franchise at Warner Bros., invests exclusively in the space. The firm even launched an accelerator for YouTube personalities in late 2018. The program, called The EduCator Incubator, planned to seed 25 to 40 “emerging video creators” with $25,000 to $75,000 in seed funding. Similar to Karat and PodFund, Next 10 signs a revenue-share agreement with participants of the accelerator, with a possibility for an equity investment in the future.

Rx3 Ventures, a new venture fund led by long-time Green Bay Packers quarterback Aaron Rodgers, is helping influencers in sports and entertainment get stakes in the companies for which they are hired to be spokespeople. The SoCal outfit has tapped influencers to become limited partners in their fund, giving them the opportunity to develop equitable relationships with the brands requesting their promotion.

“If I am going to support something, why don’t I take an equity position and benefit from the upside?,” Rx3 Ventures vice president Ryan McGuigan tells TechCrunch. “It’s all about getting a stake in these brands as opposed to signing some sort of endorsement.” 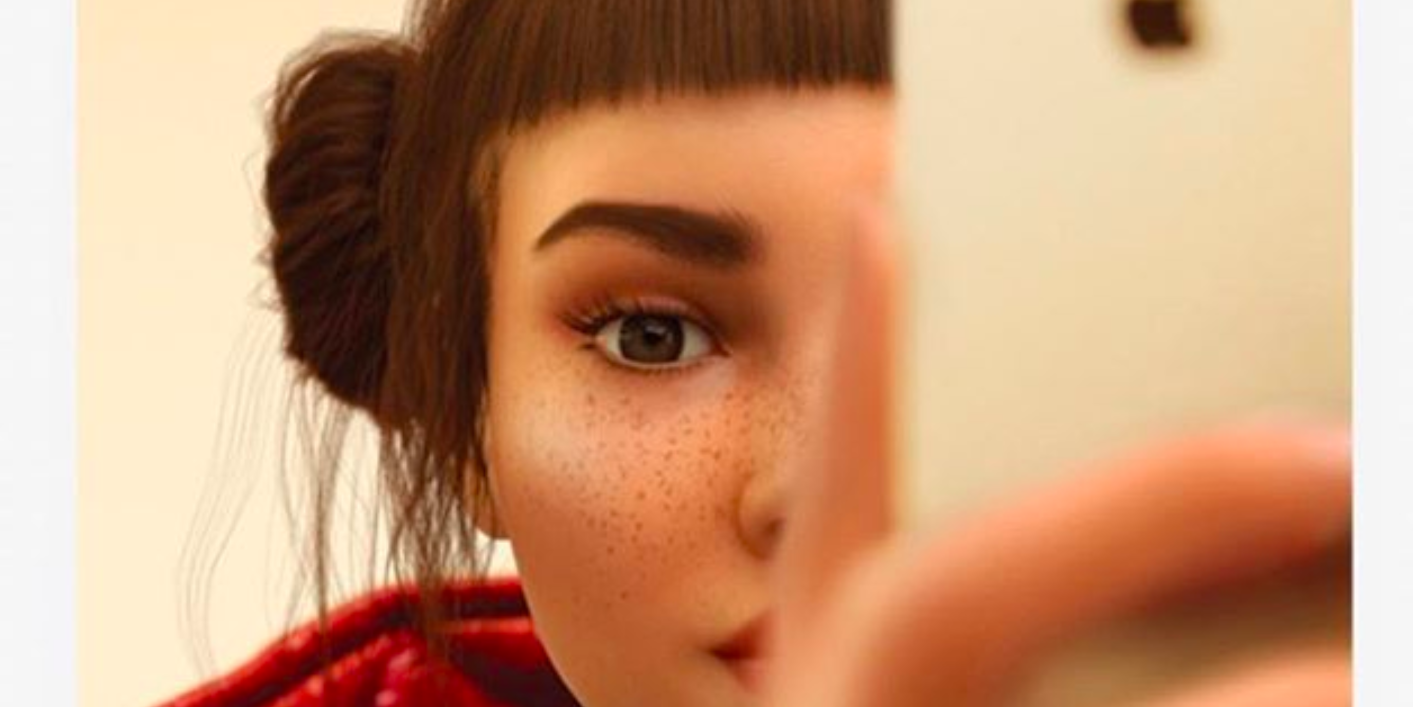 Lil Miquela, a virtual influencer created by the venture-backed startup Brud, poses for a selfie

When anyone can be an influencer

We all have that friend that somehow has 10,000 followers. Rx3 Ventures’ Ryan McGuigan

Factors including the onset of shoppable video and live shopping — a category still in its infancy led by startups like Tiltsta — will give more autonomy to influencers, who have proven an ability to transform browsers to buyers time and time again. CGI influencers like Lil Miquela, a digital avatar with 1.7 million followers created by the venture-backed startup Brud, or the lifelike personalized avatars that Genies, SuperPlastic and Toonstar have cooked up, should drum up more dollars. Plus, efforts to democratize the path to influencer, including courses on how to become an influencer and marketing channels that allow for people with only a few thousand followers to earn money, should expand the market size and fuel growth.

“We all have that friend that somehow has 10,000 followers,” McGuigan of Rx3 Ventures said. “Giving them the tools to monetize that reach is going to be important and also a valuable angle to approach influencer marketing for brands.”

“Now, more and more, we are seeing that anyone can turn into a “micro-influencer,” he adds. “Anyone with a decent following or free time can post about products — why can’t they be an influencer as well?”

With the expected influx of venture cash, entrepreneurship from creators themselves and startups looking to capitalize on the phenomenon, the creator and influencer economy is poised for a boom.