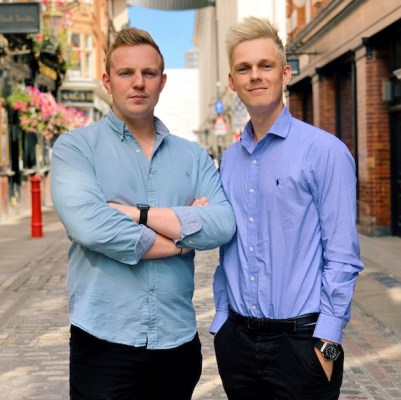 Despite the inexorable rise of social media influencers, several problems remain when it comes to brands trying to use these stars to push their products. The marketing tools and processes are fragmented (read: chaotic). Attaining some level of authenticity, quality and creativity in influencer-driven campaigns is tough, to say the least. And the whole thing has to look like the influencers are only promoting brands that they truly believe in, whether they are or not.

Perhaps that’s unkind? Some social influencers really do try to “curate” the products they are pushing. Plenty just do it only for the money, and it shows. The whole thing is largely a shitshow, to use a technical term. Some startups are trying to bring order to this tedious state of affairs.

Influencer is a social media influencer marketing platform, which has now announced the close of a £3 million (± $3.6 million) Series A round led by Puma Private Equity.

Its platform claims to simplify the influencer marketing process for both advertisers and creators, giving advertisers access to a network of “macro and micro creators” pre-vetted for authenticity, quality and creativity based on first-party data. This unites “creator discovery, creator relationship management, campaign management and campaign reporting along with actionable insights,” they say.

But Influencer says it differentiates from these companies in that it puts a lot of the elements needed onto one platform for self-service and managed campaigns. It also has a white-label solution.

Influencer has so far worked with brands including Boohoo, Alibaba, Pepsi, Starbucks, Pantene, Uber Eats, PrettyLittleThing and Apple Music, to get them in front of audiences via social media influencers.

The startup was launched in 2017 by 23-year-old Ben Jeffries who leads the company as CEO, and 25-year-old YouTuber and creator Caspar Lee.

It’s now brought on Adam Ludwin, co-founder of search intelligence company Captify and growth marketing agency Inflecto Media, as director of the board.

The company will open its first U.S. office in New York, led by CEO Ben Jeffries, with expansion planned to the West Coast over the next year.

Caspar Lee says: “At Influencer we pride ourselves in being by creators, for creators, with a team who embody this new era of creativity and enjoy unrivaled relationships with the world’s leading creators.”

Work in sales? Here’s how to close more deals.