As the quarantine dramatically transforms social and romantic lives, a new dating app advised by Grindr founder Joel Simkhai and former YC chief Sam Altman is aiming to capitalize on the skyrocketing popularity of video chat.

CEO Brenden Strauss hopes his NYC-based startup Curtn can approach video calling in a mindful way during a time when so many people are sheltering in place and significantly cutting back on social interactions. Video chat can offer a temporary alternative for users that might otherwise meet up in the real world for a first date.

The app is pushing video as its differentiating factor, encouraging users to create short videos for their dating profiles and aiming to move conversations to video chat after users match. Most of the major dating apps have had a complicated relationship with rich media over the past several years, moving away from sending pics or videos in favor of sidestepping the associated expenses as well as potential for abuse. 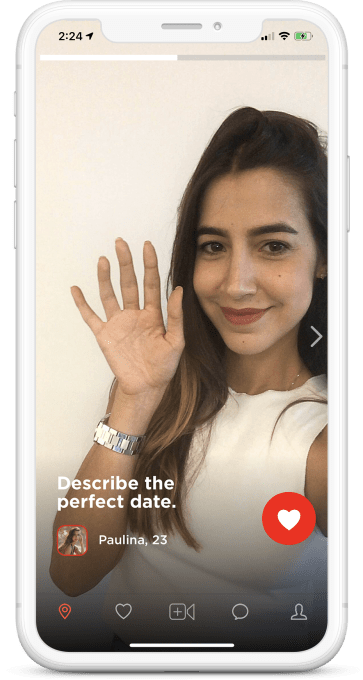 While the company presents users with the ability to video chat with new matches, one user must get the okay from the other inside the app if they’re interested in making a call. Strauss says the team has built in reporting features from the beginning so that once bad actors pop up, they can be handled quickly.

“Safety is our top priority,” Strauss says. “The last thing we want is for this to turn into chatroulette.”

Strauss and his co-founder and CTO, Benjamin Honig have some noteworthy advisors to help them build a next-gen dating app. For one, Strauss’ boyfriend Joel Simkhai is the co-founder of Grindr and was one of his biggest inspirations for building out the app, he says. Former YC president and current OpenAI CEO Sam Altman is also serving as an advisor and is one of the startup’s first investors.

The team has raised a small $425K pre-seed round of investment to get the app ready to share with the world.

The app’s launch is a crucial time for the company to make a splash, capitalizing on the renewed interest in video chatting apps across the board. During an earnings call this past week, Facebook CEO Mark Zuckerberg said time on group video chats had increased 1000%. Last week, House Party shared they had received 50 million sign-ups in the past month.

Strauss says the team has been building out a marketing strategy with a spread of social media influencer partnerships.

Curtn’s biggest challenge is reaching critical mass and acquiring a network of users across different geographies that can encourage widespread usage of the app. The app is casting a wide net, aiming to court users of any and all sexual orientations. For the time being, users of the service only receive 10 matches per day, an effort to limit the geographic spread of suggestions and make the most of the early user base.

With video calling continuing to be a rare feature for dating apps, Curtn hopes it can own the feature and make the most of how the quarantine is shifting user habits.

Coronavirus could push consumers away from influencers and toward streaming TV