Is there room for a U.S. equivalent to China’s #1 news app? – TechCrunch

News aggregator Toutiao has achieved a $75B valuation 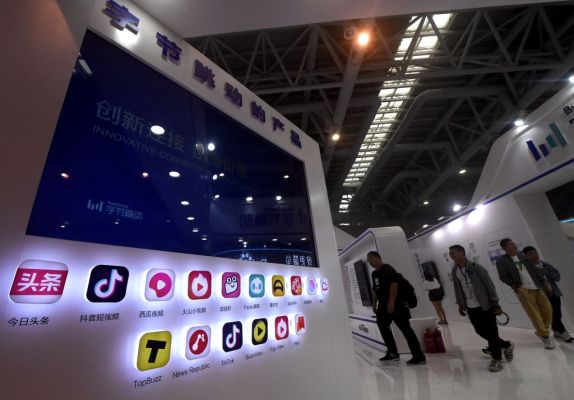 Not only has its parent company ByteDance achieved a $75 billion valuation, two of its apps — Toutiao, a news aggregator, and Douyin (Tik Tok in China) — are chipping into WeChat’s user engagement numbers, no small feat considering the central role WeChat plays in the daily lives of the region’s smartphone users.

The success of Toutiao (its name means “headline”) prompts the question: why hasn’t one news aggregator app achieved similar success in the United States? There, users can pick from a roster of news apps, including Google News, Apple News (on iOS), Flipboard, Nuzzel and SmartNews, but no app is truly analogous to Toutiao, at least in terms of reach. Many readers still get news from Google Search (not the company’s news app) and when they do use an app for news, it’s Facebook.

The top social media platform continues to be a major source of news for many Americans, even as they express reservations about the reliability of the content they find there. According to research from Columbia Journalism Review, 43% of Americans use Facebook and other social media platforms to get news, but 57% said they “expect the news they see on those platforms to be largely inaccurate.” Regardless, they stick with Facebook because it’s timely, convenient and they can share content with friends and read other’s comments.

The social media platform is one of the main reasons why no single news aggregator app has won over American users the same way Toutiao has in China, but it’s not the only one. Other factors, including differences between how the Internet developed in each country, also play a role, says Ruiwan Xu, the founder and CEO of CareerTu, an online education platform that focuses on data analytics, digital marketing and research.

While Americans first encountered the Internet on PCs and then shifted to mobile devices, many people in China first went online through their smartphones and the majority of the country’s 800 million Internet users access it through mobile. This makes them much more open to consuming content — including news and streaming video — on mobile.